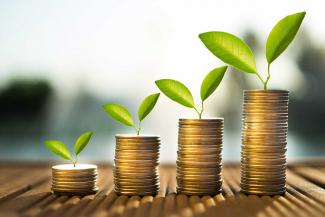 Medicare Premiums for 2019 – Small Increase Except for Highest Earners

The 2019 Medicare Part B premiums have been set. There is a small increase of 1.1% or $1.50/month for the standard premium up to $135.50/month.  Those with a higher income that are impacted by income related adjustments (IRMAA) have the same % increase but will see a slightly higher dollar increase.  The one major change is a new income tier for the highest earners.  Those retirees making more than $500,000 individual / $750,000 joint are subject to a new IRMAA tier and will see a $31.80/month increase.  But for the majority, you will actually see most of that 2.8% COLA adjustment hitting your bank account in 2019.  Enjoy!

For those receiving Social Security benefits the past few years, you know the percentage increase in the net benefit has been basically flat.  Even though there was a 2% COLA increase in 2018, almost all that was consumed by the higher Medicare premiums that had to catch up from previous years' "hold harmless" provision impacts.  As the table below illustrates, the percentage increase in your net benefit will very likely be even higher than the 2.8% COLA since Medicare premiums only increased 1.1%.

Those retirees with higher income as defined by Modified Adjusted Gross Income (line 37 with adjustments from Form 1040 tax return) pay an additional premium amount above the standard premium, called the Income-Related Monthly Adjustment Amount, or IRMAA.  The tables below show the total Part B premiums paid (standard premium + IRMAA) and Part D premium adjustments only for the different income brackets.  As mentioned, Part B IRMAA adjustments also went up by 1.1% and a new high-income bracket was introduced.  The Part D IRMAA adjustments actually went down slightly and also had the new bracket.  Note that Medicare uses your tax return from two years ago – 2017 tax return is used for 2019 premiums.  If you had a major life-changing event since 2017 or that was a unique tax year, consider completing Form SSA-44 for potential IRMAA relief. 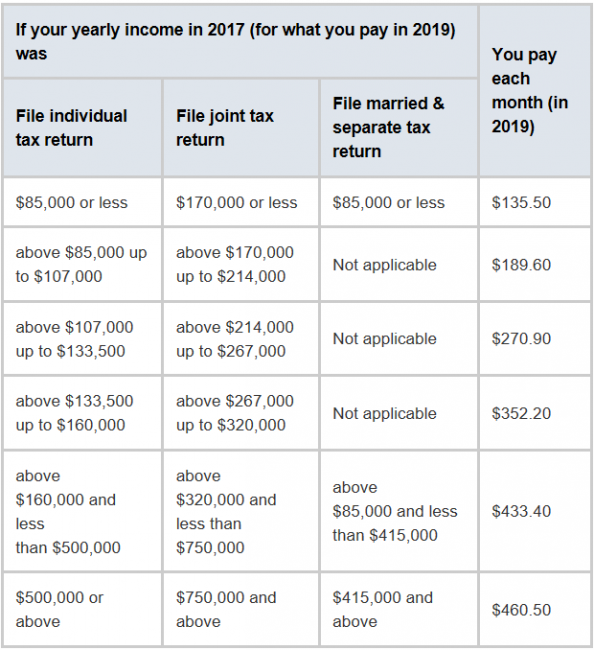 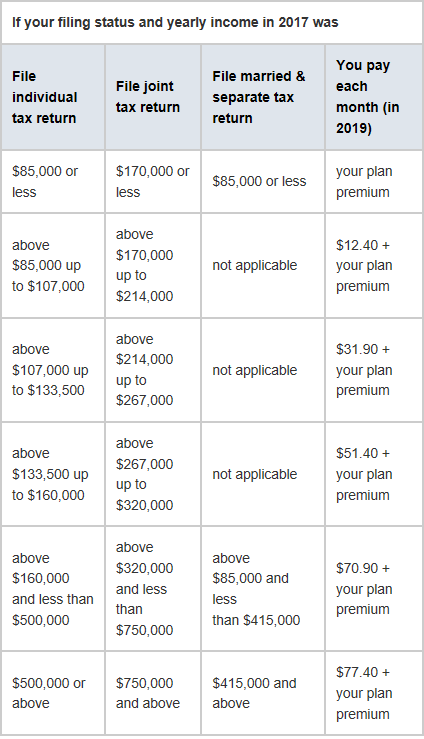 Here is a quick summary of how the typical retiree eligible for Medicare covers their health care coverage (excluding dental, vision, LTC):

So not only is the inflation adjustment relatively high for 2019 Social Security benefits but the modest increase in Medicare premiums and no more "hold harmless" impacts means you can actually enjoy the increase in your bank account.  That is something to be thankful for!