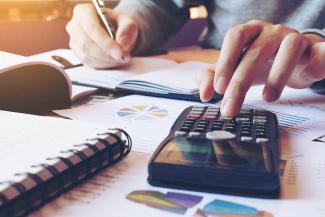 The first month of the new year is in the books.  If we closed the month on the 25th most major assets classes (except bonds) would have shown strong returns.  The last week of the month saw action in select stocks that were heavily shorted.  This caused some hedge funds to incur losses and brokerage firms needing to post more collateral for trading.  The extra capital needed to be infused for these participants caused selling of other assets owned and a risk-off mood going in to month end.

See my recent blog post for an explanation of this activity, where I use Thin Mints to describe the “GameStop action”.

Since early in the year the asset class graph will show the past 12 months.  Looking to the right of the graph, you can see the strong rally continued at the start of the year but rolled over toward the end as mentioned.  US small caps, emerging markets and commodities were able to hold noticeable gains.  At the sector level Energy led the pack though gave up a large gain from mid-month.  On the other end, Consumer Staples, Materials and Industrials were down for the month, reversing previous strength into year-end. Treasury rates moved noticeably higher in January after the Georgia elections tilted the Senate in the Democrats favor – including the two independents and VP.  The expectation of additional spending requires more debt to be issued driving prices down and yields up.  “But I thought the Fed was on hold for a long time” you say.  That is true, but it only controls short maturity bonds (technically bills).  See how the blue and white lines – 3-month and 2-year maturities – remained relatively anchored but the grey and purple lines – 10-year and 30-year maturities – rose a relatively large amount.  I will repeat last month’s comment - probably a good time to brush up on your bond holdings’ duration. 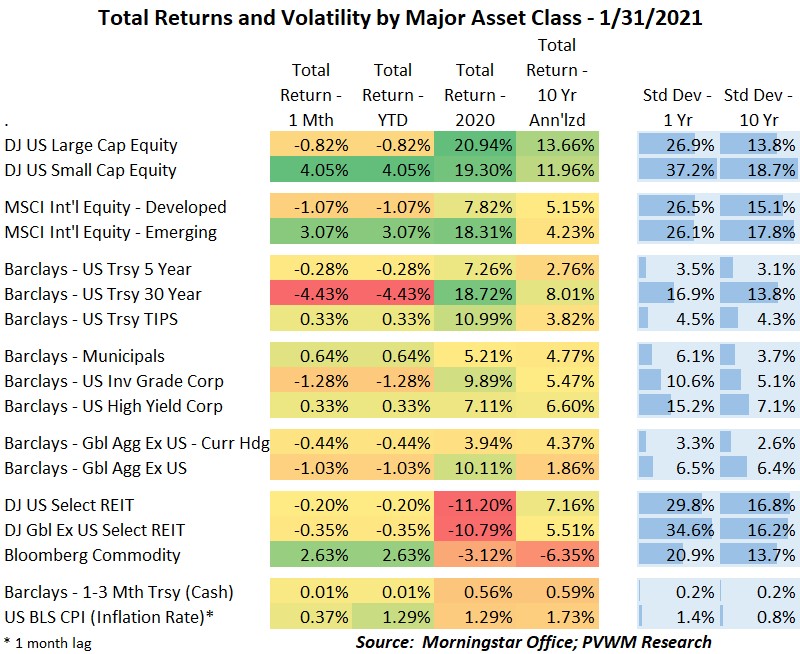