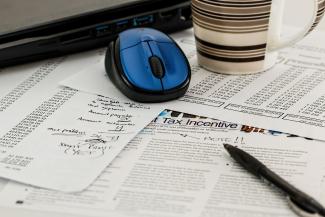 The tax law was passed by Congress and signed into law in late December.  The changes impacted both individual and corporate taxes.  This blog post provides an update – and convenient reference - from my mid-November post when differences between the House and Senate plan were still being considered.  The focus here will be on the impact to individuals including a couple examples; the corporate changes are briefly mentioned but not a focus.  For my clients, this summary is very similar to what I provided back in late December.

The new bill kept the same number of income brackets but raised the income thresholds for some brackets and lowered the marginal tax rate for all but the lowest bracket.  The capital gains rate remained the same – including a 0% rate for the first two income brackets – but the top income bracket threshold was raised.  The extra 3.8% Obamacare tax for incomes over $200k / $250k also remains but the mandate penalty was repealed. 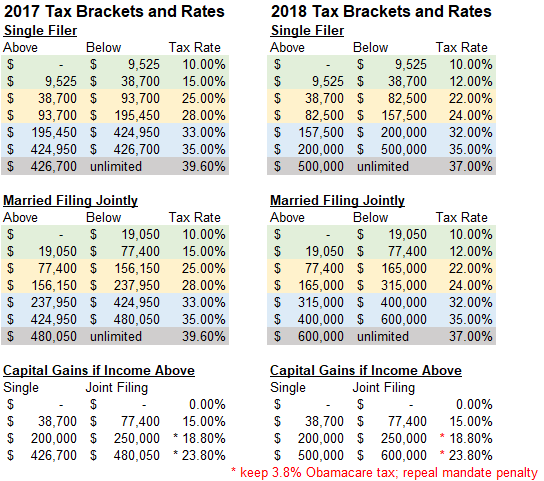 The change to exemptions and deductions is probably the area of biggest change for most tax filers.  The impact will vary between individuals depending on the type and amount of itemized deductions and the amount of exemptions claimed.

The first major change is the repeal of the exemption amount per person in exchange for a higher standard deduction – $12,000 for single filer; $24,000 for Joint.  This is good news if you had low exemptions or income was too high to claim anyway; not so good if a larger family.  As an offset, the child tax credit (under age 17, lower AGI limits) is raised by $600.

Here is a brief summary of other notable changes: 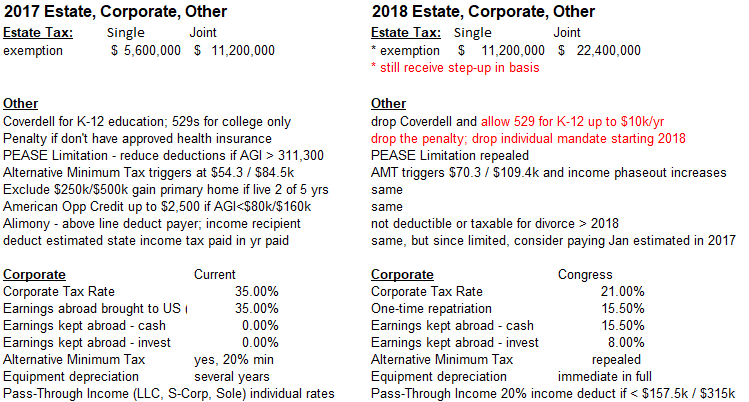 You may be wondering how these changes may impact your own taxes.  For a high-level estimate (not accounting preparation or advice!), grab last year’s Form 1040 (first two pages) and Schedule A (itemized deductions) and run your numbers through the table below in place of one of the hypothetical families.  The ‘taxable income’ should then be run through the tax brackets above.  Notice the impact the higher income thresholds have on capturing the child tax credit for the ‘family’ examples.  ‘Retirees’ may find the standard deduction is higher than itemizing.  Making charitable contributions directly from IRAs will become even more valuable for those retirees.

I hope this summary of the tax law changes is helpful in understanding how it will impact your tax situation and tax planning strategies.