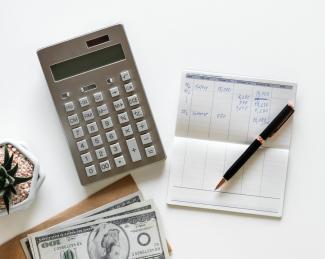 Higher interest charges AND lost deduction? What the HELOC!

For those with Home Equity Lines of Credit (HELOC) and a need for borrowing, the last nine years provided extremely low interest rates – and therefore low interest charges - on amounts borrowed.  It was the flip side for savers earning close to nothing on cash savings.  And unlike credit card or auto loan debt, HELOC interest charges were tax deductible for those who itemized deductions.

Two recent developments have made HELOCs less appealing, though still a solid choice to consider for borrowing needs.

However, each time the FOMC raises rates - typically by 0.25% but could be more - the Prime Rate also rises, causing HELOC rates to rise.  The Fed Funds rate is now set at a target range of 1.50 to 1.75%.  This increase of 1.5% relative to December 2015 when the Fed began to raise rates very likely impacted your HELOC rate by the same amount.  On a $20,000 HELOC balance – maybe used for a car purchase - this equates to an extra $300 per year.

There is more to come.  The FOMC is expected to raise rates another 0.50% this year – possibly more if inflation runs hotter than expected – raising the borrowing costs on the $20,000 example by another $100 per year.  Here is a graph of the Prime Lending Rate (blue line) compared to the Fed Funds rate (red line).  The dashed red line represents the FOMC's midpoint estimate of the Fed Funds rate for the next three December months.  Like I said, more to come.

Tax Deduction Gone (for some uses)

In the past an attractive feature of a HELOC over other consumer lending choices was that HELOC interest charges were tax-deductible (if itemized deductions).  If the HELOC rate was 5.0% and the borrower was in the 25% marginal tax rate, the after-tax rate of 3.75% was compared to non-deductible borrowing choices.

No more (for some uses).

This is due to the new tax law in effect for 2018.  According to the IRS.GOV website, the Tax Cuts and Jobs Act of 2017 "suspends from 2018 until 2026 the deduction of interest paid on home equity loans and lines of credit, unless they are used to buy, build or substantially improve the taxpayer's home that secures the loan."  So if the HELOC is used for home improvement, it is deductible; if used to pay off credit card debt or buy a car or other non-home use, it is not – see your accountant.  The 5.0% HELOC must now compete with other loans as is, without the tax benefit.  HELOCs will remain an attractive source for borrowing alternatives, but the economics are less compelling.

As short-term interest rates continue to rise, revisit any HELOC balances and the interest rate being charged.  If you have excess savings it is worth comparing the cost of borrowing versus the after-tax return on those savings.  Recognize the borrowing cost just increased by a percentage of your 2018 marginal tax rate.  The other thing to remember with this comparison is the borrowing cost rate is guaranteed to be ‘earned’ with no risk while the investment savings alternative typically has some level of uncertainty, unless in CDs or other safe alternative.  Be sure to compare on a risk-adjusted basis.

Regardless of higher rates and lost deductions, it is still a good idea to maintain a HELOC for unexpected cash needs.  This doesn't replace an emergency fund entirely but it allows a lower reserve balance, provided you are confident in the ability to pay off the HELOC (if drawn upon) over a relatively short time period.  When funds are needed quickly, higher interest charges and lost deductibility are secondary considerations.

As you celebrate higher interest rates – which reflects higher economic growth and stops punishing savers – be aware of the impact on the liability side of your balance sheet.  And when you prepare your taxes next year, know you will not be able to deduct the higher interest charges except for home-uses.  This lost deduction, along with the state and local taxes (SALT) deduction cap of $10,000, will take away some of the seasoning to the mixture of tax forms.