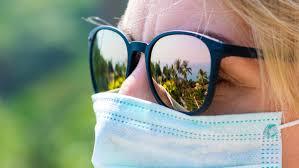 Covid Numbers Are Up, But Ask 4 Questions

Given the increase in COVID-19 numbers and news coverage, this blog updates data I posted back in April and May.  I also added a few more statistics given the increased testing and availability of data.  This is still the first wave, based on my view of the data and comments from health experts.  The overall picture doesn’t appear as dire as the headlines when you ask the data these four questions:

Like the last two posts, I summarize the number of projected deaths on a per 100,000 of population for proper context – across select countries and states.  Given that some (not all) states are over the initial hump, I also include actual vs. projected deaths as a gauge of where at in the initial wave.  There is also some testing data available to summarize.  In my quest for data broken out by age, I had to use a combination of CDC and state websites if provided.  Finally, I continue to show these numbers relative to the flu – not implying the same illness but rather context of existing perils we already face.  The CDC deaths by age table was quite interesting in this context.  Sources are listed at the end.

Q1 - Is the surge from states already hit in April/May?  No.

My first two graphs show the projected deaths per 100,000 population through Oct 1 using updated IMHE Model values.  Recall their models were updated in May to incorporate transmission based on mobility of population as areas re-opened in phases.  I replaced the earlier estimates with actual deaths to date to get a sense of how far along actual deaths compare to projected.  You can see states like NY, NJ, MI and IL that were hit hard in April have actual death rate close to projected and possibly done with a large wave of new cases.  Other states like FL, AZ and CA didn’t have a large initial wave in April (AZ did increase in mid-June) and possibly seeing their wave of activity now.

To those who want to see daily infection rates since deaths lag by 2-4 weeks, the graph below compares the daily infections for NY vs. AZ vs. US on a per 100,000 basis.  NY was by far the largest driver of COVID cases and deaths and is an anchor point for many.  It is true AZ is seeing a surge in cases but in line with overall US.

Q2 - What is the positivity rate?  Below 10% and flat for many states but rising above 10% for some.

The other important factor to consider with the number of cases (not deaths) is the amount of testing done.  If more tests are completed the absolute number of cases will go up.  Some states have performed more tests as a % of population than others and, all else equal, will have fewer new cases to report.  NY and IL have a # of test ratio over 15% while AZ, TX and FL are under 10%.  Also, instead of looking at absolute number of cases, a more appropriate metric is the positivity rate = (# positive cases per day) / (total tests conducted per day).  Getting below 10% was a favorable level cited back in May, along with a decreasing rate.  An increasing positivity rate from low starting level is less concerning than one that has turned and heading back over 10%.  Arizona and Florida are trending higher but California looks pretty good.  The purple numbers in the graphs below are expressed as decimals.  So the US positivity rate says .081 meaning 8.1% rate.

Q3 - What is the typical age of new cases?  Not many states publish.  CDC publishes deaths by age.

One data point not widely published is the age distribution of cases.  The reason I care is the mortality rate is much lower at younger ages meaning less strain on resources (recall intent was to flatten the curve to limit resources hit, not eliminate cases) and moving toward the eventual herd immunity (or the PC term called community immunity).  I recognize the young can spread COVID to the old, thus the continued need for social distancing and masks if social distancing not possible, but there would also be less strain on hospital resources and a less restrictive economic shutdown if concentrated in the younger population.

Since age-based data for new cases is not easily available, I first show the number of deaths from COVID by age at the national level from CDC.  Death can occur from COVID at young ages, but there are many other things to worry about as well.  As a % of total deaths within a given age band, COVID is below 10% for all ages and below 5% for ages 34 and under.  Focusing on the distribution of just the COVID deaths by age, the cumulative total up to age 44 is only 2.61%; only 7.54% if include the age band up to age 54.  The age distribution of COVID cases by state is more difficult to find.  Choosing two states currently in the news on COVID:  1) California shows the data by age band (see table below); 2) Florida does not (that I could find) but references average and median age in news reports ranging from - median age of new cases was in the low 30’s in early July, average age of 21 on July 6th and median age ticked up to 40 on July 10th.

Q4 - Is there a shortage of equipment and resources or has the curve been flattened?  Mostly flattened.  Focus has shifted from PPE and ventilators to ICU beds.

Two topics that were a focus back in April were ventilators and hospital beds.  The ventilator issue seems to be fully addressed.  If there is an isolated shortage, the logistics are in place to mobilize what is needed in short order.  Hospital ICU bed capacity remains a concern in some areas, but recall the ability to build temporary facilities if needed (they were built but thankfully not needed in some areas).  Some hospitals have also announced the ability to shift some existing beds if needed or reduce elective surgeries again if capacity becomes an issue.  Here are a few graphs of ICU utilization vs. capacity for a few select states in the news. (Source:  IHME COVID-19 Projections)

Arizona could exceed near-term based on high estimate.

Progress continues on therapeutics and vaccines.  The graphic below (Source: NY Times) summarizes the status of vaccines in the various phases as additional resources are allocated to continue testing and production on many likely possibilities.  When the few that work are known, production is far along and the others are simply discontinued.  When the initial vaccine is ready, it will not be an unlimited supply and likely focused on those in healthcare and caring for the elderly.  The dates are moving targets but for general public consumption, I would assume early 2021.

Continue to be safe and smart as you continue to resume activity.  And let’s work toward the solution of how we get the kids back to school, not if.