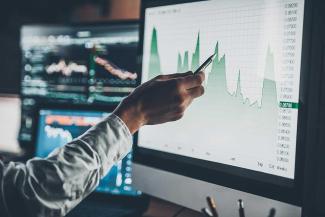 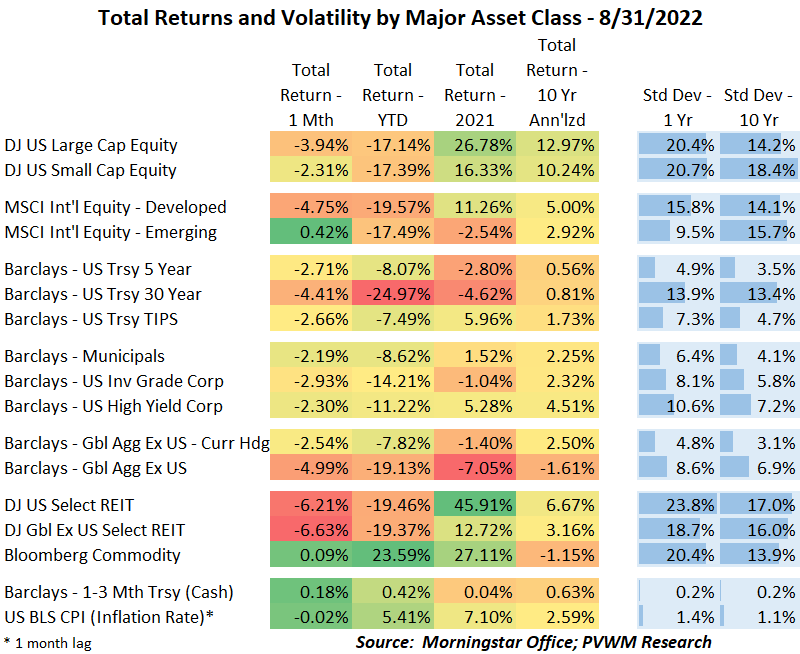 Looking at the table above, August returned to the negative column, except for slight gains in emerging markets and commodities.  REITs were hit the worst for the month as rates and recession concerns rose.  Looking in the YTD column, the red box for 30-year treasuries serves as a reminder for what long duration can do to even the “safest” assets in a rising rate environment.

The YTD major asset classes graph below (as of end of day 9/6/22) shows the usual asset classes except for Commodities (large positive return distorted the graph).  The markets saw a relative bottom in mid-June, then had a relief rally which accelerated toward the end of July after some market participants viewed the Fed as dovish toward further rate increases.  This began to reverse in mid-August, then broke to the downside after the Jackson Hole speech where the Fed reiterated its focus on raising rates until inflation is broken.  Note the bottom two asset classes in mid-June (US Small Caps and REITs) are now replaced by international equity – both developed and emerging – as the worst returns YTD.  The long-duration bond ETF also reached new YTD lows. 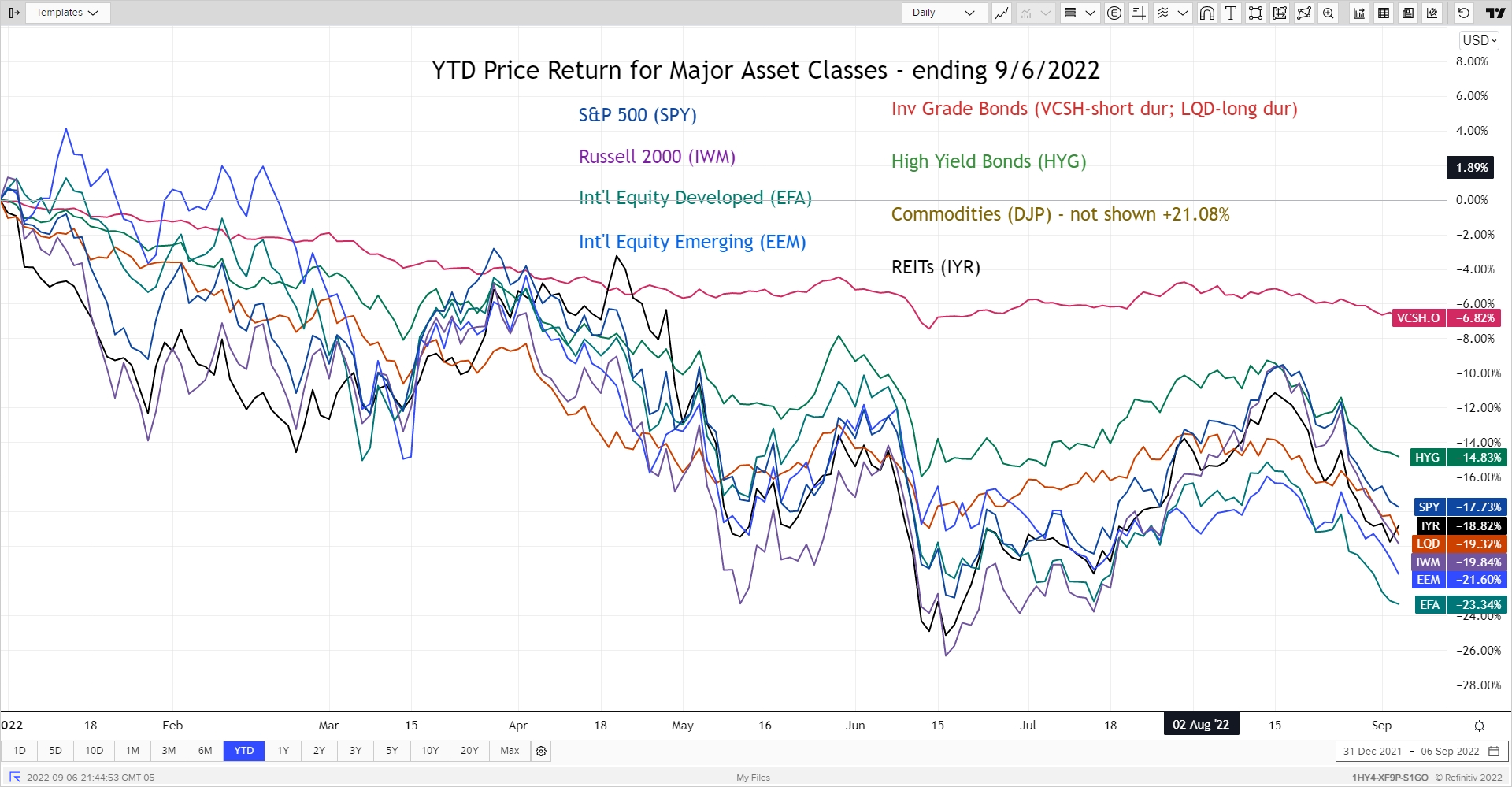 Here is the busy Sector Graph.  The dotted lines capture overall S&P500 (orange) and the Value (blue) and Growth (black) components.  I exclude Energy (+42.7%) for better graph granularity.  Surprisingly the Utility sector retains a positive YTD return despite rising rates and inflation.  On the other end, Communications sector is back near the mid-June lows.  This sector includes Meta (old Facebook), Alphabet (old Google) and Netflix (old red envelopes) which makes up over 47% of sector. 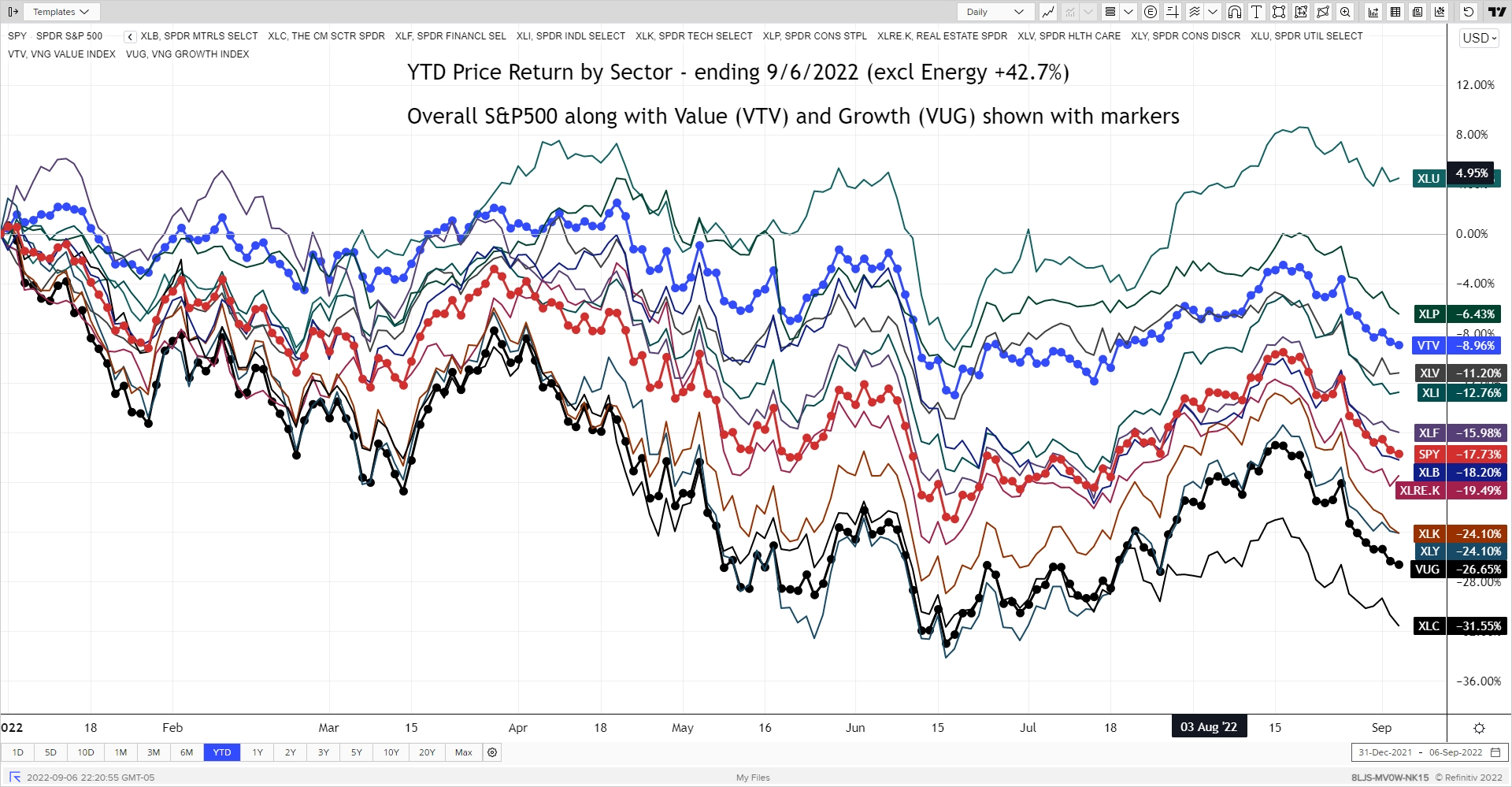 Bonds?  So much for those falling rates from July.

The march higher resumed in August (and first few days of September).  The curve (as measured by the 10 year minus 2 year) continued to widen the inversion (2 yr > 10 yr) early in month but now the 10 year is starting to catch up.  One approaching inversion which is pretty shocking is the 10 year minus the 3 month.  It is this inversion and potential signal for a recession that is more telling.  Another inversion occurred in the TIPS market with real yields approaching 1% (after being negative for about 2.5 years) and now the 5 year leading the way. 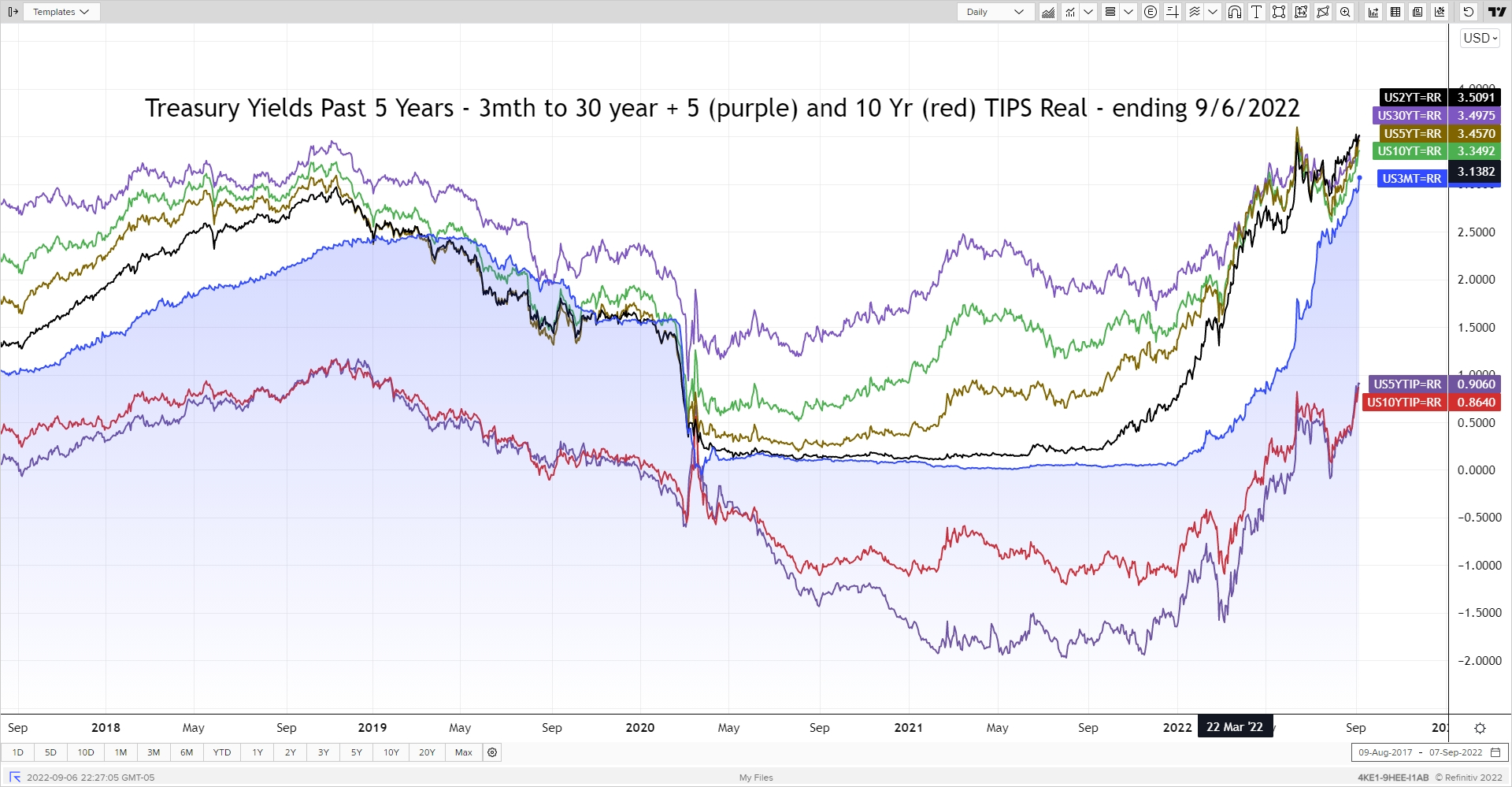 The final topic will be the Federal Reserve.  Recall at the July 27 FOMC meeting the Fed Funds rate was raised 0.75% and is now in the range of 2.25 – 2.50%.  During the press conference following the meeting, Chairman Powell commented that this rate was now in neutral territory, but that was in reference to long-run levels.  Some market participants viewed that as a potential pause sooner than expected and the market rallied.  At the Jackson Hole symposium in late August Chairman Powell spoke again and made it very clear the Fed will not pause, and rates may remain high, until inflation is clearly back toward lower levels.  This would occur even if it meant the pain of a recession, since the alternative – higher sustained inflation – is worse.  Market participants got the message.

Also recall the Federal Reserve has increased the pace they will reduce their balance sheet starting September 1st.  Treasury securities will be allowed to roll off at pace of $60 billion (with a “B”!) per month, up from $30 billion.  Mortgage-backed-securities will roll off at a pace of $35 billion per month, up from $17.5 billion.  This can be viewed as another rate hike or two and will likely pressure rates higher (bond prices lower) as there are few buyers – including a really big one.

The next FOMC meeting concludes September 21st.  The market expects the Fed to move 0.50% or 0.75% (CME FedWatch shows 72% chance of 0.75% on 9/6/22) with the next key piece of data the CPI reading on September 13th.  This follows a solid August jobs report.  Speaking of CPI, the first of three CPI readings that makes up the Social Security inflation adjustment was released in August.  Even if the next two months inflation decreases by 0.5% per month, the COLA adjustment for next year could be above 8%!

Squeeze out the last month of summer - there is good stuff still in the tube.