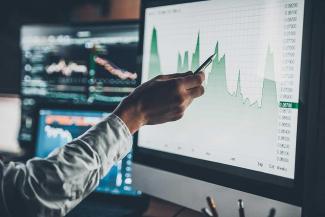 Rates, Trade, Vol and Curve … pictures to follow.  Did I mention Rates?

At the beginning of this month the FOMC had just concluded their meeting and trade negotiations were still ongoing.  After Fed Chair Powell’s testimony to Congress in early July the rate cut was expected but the market wanted a more dovish tone than Powell delivered.  The 10-year Treasury rate was already at a very low 2% level before the meeting but began to drift higher immediately following the press conference.

Then the trade negotiations with China took on more of a trade war tone with additional tariff threats from both sides throughout the month of August.  The already low 10-year rate of 2.00% collapsed all the way down to a 1.50%.  Refi anyone?

The reaction to equity markets was swift, though more pronounced in international equities.  The initial pullback was the largest in emerging markets, down about 6.5% while the US Small Caps was the most muted – initially – with a drop of only 2.5%.  Throughout the month equity markets were choppy, with relatively large swings both up and down.  The CBOE Volatility Index spent most of the month above 17, similar to levels during last fall’s sell-off.

The large drop in rates for longer maturities (driven by open markets) fell below short-term rates (primarily controlled by Central Banks).  Talk of yield curve inversion and the implied upcoming recession dominated the news.  Yet the underlying US economy remains quite strong and part of the rate drop was driven by accelerated demand from hedging books.  Many regions in the rest of the world however are not as strong and their low and even negative – yes negative - interest rates reflect slower expected growth.  Even though our 10-year rate at 1.50% appears low to us, it is quite attractive to the rest of the world.  This demand for our bonds bids up the price which drives down the yield.  The FOMC will likely cut rates again in September, but the reasons for the cut are less about a slowing US economy and more about adjusting our rates relative to the global stage.

Here are those promised pictures.

Equity ETFs fell early in month, then chopped; bond ETF up over 16% YTD!

Rates falling all year but especially past month; Fed Funds higher than 30-year 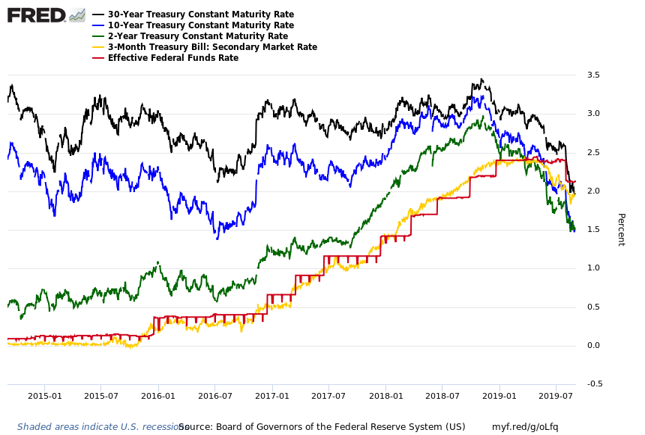 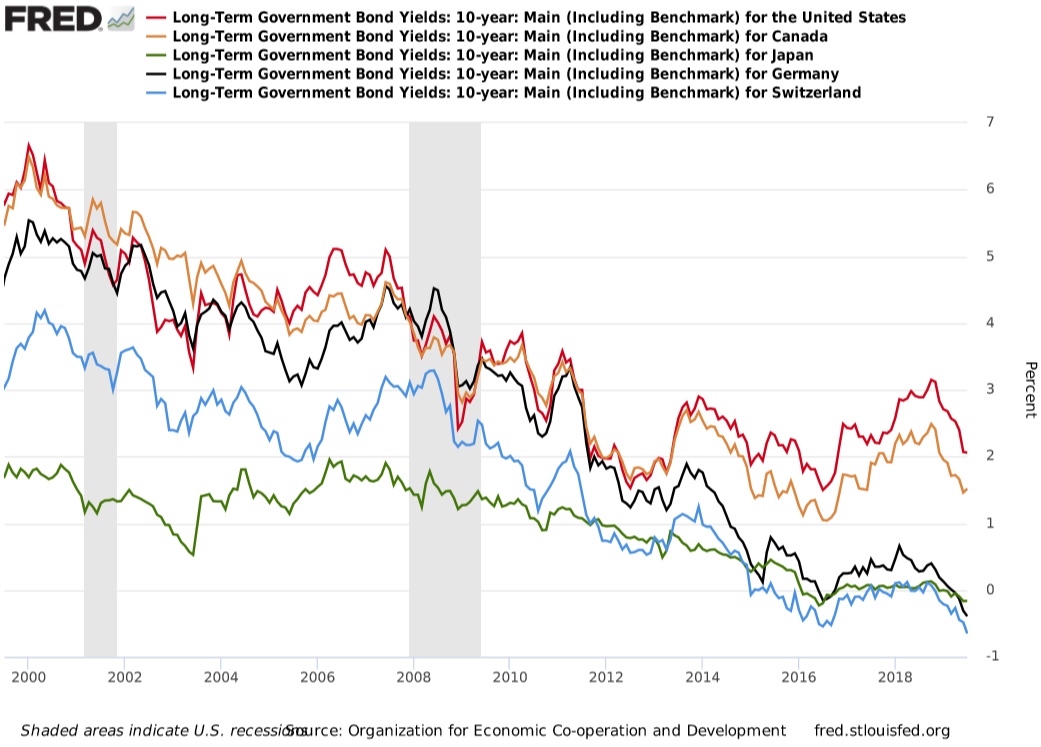