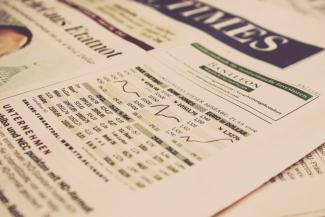 From “0% and QE” to “Negative Rates and Helicopters”

Recently negative interest rates are being experienced in some countries.  This blog post will provide some background on traditional Fed activities and point to resources for those who want to learn about the economic theory behind non-traditional policies.

The typical tool for our central bank (The Fed) is to raise rates when the economy and inflation is overheating and lower rates when entering a recession.  The rate used is a very short-term rate (Fed Funds Rate – think 1 month T-Bills) but the effect feeds through the financial system impacting all rates of different maturities, though not in tandem.  The graph below shows the Fed Funds rate, 10-year treasury rate and inflation since 1950.  The grey bars represent recessions.

The latest lowering of rates (called Fed easing) went all the way down near 0% and has continued their for some time (since end of 2008).  In addition to 0% Fed Funds rates, the Fed also engaged in quantitative easing (QE) where it bought longer maturity bonds to lower rates (bond price up => yield down) to help stimulate the economy.  QE ended in 2014 but the Fed Funds rate stayed near zero until last December when the Fed raised by 0.25%, the normal increment.

After this first rate hike, the Fed was expected to continue raising rates about four more times throughout 2016.  However, the soft economy and lack of global growth lowered those expectations recently.  Other central banks are experiencing similar economic conditions and some have embarked on not only 0% target rates but even going to negative rates.

The concept seems strange but to an economist it is an extension of providing incentive to use the low cost of funds to invest in business activity and stimulate the economy.  It also has the impact of making the currency less attractive since no interest is being earned so fewer investors are buying the currency to invest the proceeds.  This weaker currency can make that country’s products more attractive which increases exports, also stimulating the economy.  Here is a brief video explaining the concept of negative rates.

For those wanting to take a deeper dive, I recommend three recent blog posts by Ben Bernanke, the former Fed Chairman, titled “What tools does the Fed have left?”.  The third in the series – Helicopter money – sounds even more startling than negative interest rates.  However, after reading the details and comparing to say a temporary payroll-tax cut (in 2011-12) financed by additional treasury debt which is then purchased by the Fed, it may not seem as shocking.